This is Part 2 of our spotlight on Stonewall-eligible picture books with queer content. Unlike those mentioned in Part 1, most of the books I’ve selected here break the gender binary (wahoo!). I also threw in two picture books that are unique in their portrayal of same-sex attraction in young children because it’s something I haven’t really seen before.

The number of queer picture books for children is growing each year. I had hoped to cover them all but have since learned that there are even more titles than the 15 we counted before—three cheers for that!! Having too many books to cover is a good thing, right? (On that note, check out Mombian’s fabulous end-of-year-list and other posts if you want even more recommendations.) 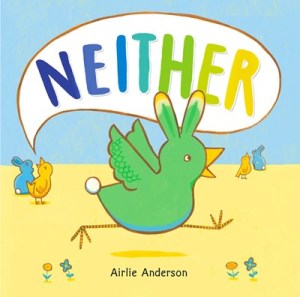 In the Land of This and That, there are only two kinds: This and That. But along comes Neither, who is both This and That. Told that they’re not This enough or That enough and couldn’t possibly be BOTH, Neither goes to Somewhere Else… The Land of All. There, everyone is welcome!

Like Loney and Saldaña’s Bunnybear, this is another accessible title for really young readers that celebrates non-binary identities. It also welcomes readers (non-binary or not) into thinking outside the binary by showing it as a much more colorful, inviting world. My only issue with this—and with Bunnybear for that matter—is that I’d also like to see non-binary narratives that are more than just metaphors. Or, at the very least, have human characters instead of animals. But that’s petty and this book is actually pretty darn special. 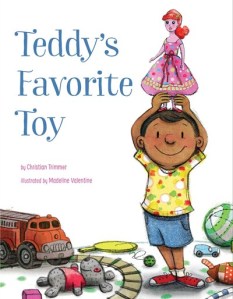 Teddy has a lot of cool toys, like trucks and hula hoops and karaoke machines. But his favorite is Bren-Da, a doll who is not only a fearsome warrior queen but also a stylish and well-mannered party guest. When Mom accidentally tosses Bren-Da in with the trash, it takes some real-life heroics to get her back. But, as it turns out, Mom’s a fearsome warrior queen, too.

How can one not love this book? Truly, it’s a question for the ages. It has great pacing and illustrations and it’s really fun to read. What’s probably most special about, though, it is that it takes the boy-who-plays-with-dolls story to the next level: the doll is also gender expansive! And, I must give credit where credit is due: this is the first picture book I’ve seen that includes “Yas, queen!” in the text—not just once but TWICE! That might not be award-worthy to some, but I think it makes the book feel more hip and current. 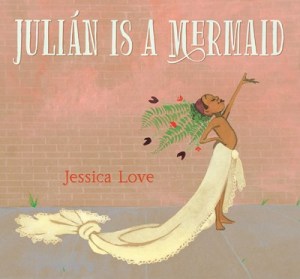 Julián is a Mermaid by Jessica Love
Candlewick, April 2018

Julián LOVES mermaids. For real. So when he sees some on the train with his abuela, he imagines himself turning into one. At home, while abuela’s in the bath, Julián dresses up in a DIY costume made of household objects. Abuela gives him pearls and the two go to a parade!

First thing’s first: there should be way more picture books printed on brown paper. White should not be the default. Related: the art is absolutely stunning. There’s so much celebration of shape and line and silhouette and the colors just pop. I agree with what Roger Sutton said over at Calling Caldecott: the book doesn’t necessarily have a “gender-agenda.” But, whether Julián is read as gender creative or trans, there’s an entry point for multiple identities here. I really think this could be the first queer-themed picture book to win the Caldecott (unless you count those latent lovebirds, Frog and Toad). Julián might get some Stonewall recognition, too. I’ll say it again: I think it’s absolutely stunning. I just wish it were #ownvoices. 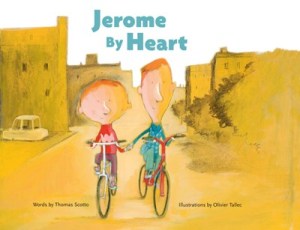 Raphael and Jerome are best friends. The hand-holding, buddy-choosing, snack-sharing, and story-inventing kind. Even though Raphael’s parents find fault in the two boys’ relationship, Raphael loves Jerome. And he decides to keep loving Jerome. No matter what.

Be. Still. My. Big. Gay. Heart. I’ve already proclaimed my love for this book elsewhere, but I’ll do it again. What makes it so special is that the book focuses on the queerness of children, considering the possibility of same-sex attraction at a young age. Yet, the text never assigns those words. It could just as easily be a friendship story that dismantles the idea that two boys can’t love each other (a picture book Darius the Great Is Not Okay, if you will). Readers will get out of this text what they need. 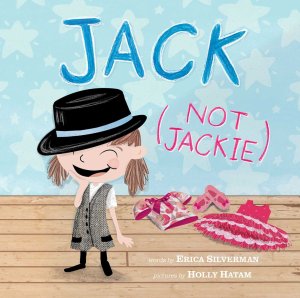 This first-person story is told from the perspective of a big sister, Susan, who has big dreams of what she’ll do with her new baby sibling. She sees the new baby as a sister. But, as her sibling grows older, Susan learns that she has a brother and learns to love him for who he is.

One problem I have with this book echoes what Alex Gino said they regretted about George: the title deadnames the character. Here, at least, Jack is the more prominent name, with the dead name included as a negative and in parentheses. But the book is still rooted in a cisgender perspective, and the title suggests the big sister self-correcting even though she refers to her brother by “Jackie” and incorrectly uses “she/her” pronouns throughout most of the text. That said, it is ultimately a good book for a child with a trans sibling—provided they learn from Susan’s (innocent) blunders. 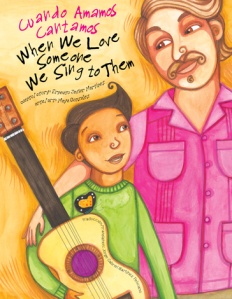 When We Love Someone We Sing to Them: Cuando Amamos Cantamos by Ernesto Javier Martínez, illus. Maya Gonzalez
Reflection Press, October 2018

A father teaches his son about the serenata—”our way to hug with sounds”—and tells the boy that he will sing it one day to the special someone he falls in love with. But the boy is already in love. With another boy. And so his father creates a song for his son to sing to that boy.

Fun fact: both Martínez and Gonzalez came to my library for an event in October. I’m really sad I missed it because I would have loved to hear this read aloud. This book adds an important intersectional perspective to the cadre of queer romance/wedding stories (most of which have been about white folks or animals). It’s also significant because the boy’s dad is refreshingly supportive. Gonzalez’ beautiful, flowy art and Martínez’ lyrical text create a multisensory treasure that I definitely hope will get some recognition.

What about your thoughts? Between this post and the last, are there any picture books I missed?