Congratulations to the 2019 Stonewall Book Award winners and honors!

Here are the books that received recognition (with links to our coverage):

Winners: Hurricane Child by Kheryn Callender and Julián Is a Mermaid by Jessica Love.

Honors: Picture Us in the Light by Kelly Loy Gilbert and Ivy Aberdeen’s Letter to the World by Ashley Herring Blake.

Two of these titles were selected in our mock award—not bad!

We’re excited to see Hurricane Child, Picture Us in the Light, and Ivy Aberdeen take the award; they’re books we raved about along the way! It’s especially wonderful to see two middle grade books about queer girls receive attention. This recognition represents something new—and much-needed—for the award.

We’re uneasy about Julián‘s win given the concerns that have been raised about it. See: “Trans People Aren’t Imaginary Creatures” (Booktoss) and Alex Gino’s recent tweets.

Looking beyond the Stonewall, there were other exciting wins for queer books:

GLBTRT’s 2019 Rainbow Book List has been announced, too! Two of our mock picks (Hurricane Child & Darius the Great) made the Top Ten!

And so we wrap up the award season with plenty to celebrate and plenty of gratitude toward those who commented, guest blogged, or lurked at the blog this season. We’ll be back in the summer in anticipation of the 2020 awards! In the mean time, drop us a line if you’re interested in guest blogging.

Edited 2/6/19: We’ve removed a portion of this post reacting to what we interpreted as a mislabeling of Hurricane Child as YA in the awarding process. Our interpretation was based on language that was used in ALA’s press release. We’ve since learned that this language did not accurately reflect the committee’s decision.

The votes are in: Ivy Aberdeen’s Letter to the World by Ashely Herring Blake wins Medal on My Mind’s mock Stonewall Award!

Notably, the Stonewall Award often goes to more than one book, in some cases representing discreet categories, like children’s and YA or fiction and nonfiction. In a committee setting, our results would call for further deliberation, but we feel good about naming The Prince and the Dressmaker by Jen Wang a second winner, with honors to Darius the Great Is Not Okay by Adib Khorram and Hurricane Child by Kheryn Callender. 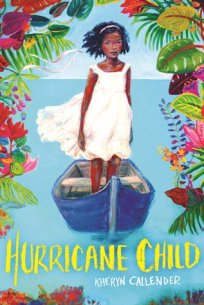 Here’s the total breakdown of votes for our finalists:
We can’t wait to see what the committee has chosen when the award is announced at the ALA Youth Media Awards on Monday (8:00AM PT). We’ll be back with some final thoughts after the fact.

A hearty congratulations to all our winners! And a big thanks to you for speculating with us!

…And the results of the first ballot are in! Five titles tied so we’re calling it a top seven rather than a top five. Per the official award process, committee members would next vote for a single title out of the five. We’re going to deviate from that just a bit because (a) we have already broken the rules and (b) we think it will help us get a more meaningful picture of your opinions since we don’t get to have face-to-face discussion.

END_OF_DOCUMENT_TOKEN_TO_BE_REPLACED

We’ve obviously done things a little differently here at Medal on My Mind. In the past few months, we’ve covered 46 titles. Not all of those titles received glowing recommendations. And we haven’t narrowed down the list to a top 10. But that’s where you come in!

END_OF_DOCUMENT_TOKEN_TO_BE_REPLACED

The Prince and the Dressmaker by Jen Wang
First Second, Feb 2018
Reviewed from hardcover

Summary: After designing an outfit that proves shocking to her late-19th-century, almost exclusively white Parisian milieu, plucky seamstress Frances is offered a job making dresses for a new client who she is surprised to learn is none other than the Crown Prince of Belgium. Frances’s dresses provide Sebastian freedom in the form of both disguise and access to a fundamental part of himself, dubbed Lady Crystallia. The two strike a bargain: Frances will keep Sebastian’s secret because working for him could lead to her becoming a world-class designer. But cavorting in dance halls in beautiful outfits can’t last forever. Sebastian’s double-life is difficult to keep up, especially with looming princely expectations, and guarding Sebastian’s secret proves a dead-end for Frances’s career that will cause a rift in their relationship, even as it begins to turn romantic.

END_OF_DOCUMENT_TOKEN_TO_BE_REPLACED

Plot Summary: This retelling of “Snow White and Rose Red” crossed with Swan Lake, with hints of other fairy tales, centers two sisters who grow up knowing that one day one of them will be turned into a swan. In their predominantly white town, being latina links Blanca and Roja both to witchcraft and strangeness, but Blanca’s sunshine yellow hair affords her better treatment than Roja, whose red-stained black hair marks her at a glance as other. Despite their differences, they’ve spent their whole lives trying to become indistinguishable from one another, to prevent the swans from being able to choose between them. The arrival of the swans to their family home coincides with the arrival of two local boys, Page and Barclay, and rising tensions breed jealousy and resentment. As the trust the sisters have worked so hard to make unbreakable begins to dissolve, will they still be able to protect one another? And will they want to?

END_OF_DOCUMENT_TOKEN_TO_BE_REPLACED

Our guest blogger today is Sabrina Montenigro. Sabrina (she/her/hers) is a bookseller at The Eric Carle Museum of Picture Book Art and a reviewer for Kirkus. She is a recent graduate of the Children’s Literature M.A. program at Simmons College, where her thesis research centered contemporary queer YA. Find her @sabrina_reading on Twitter and Instagram. 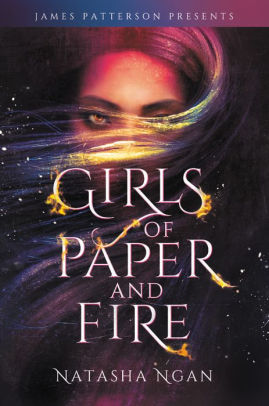 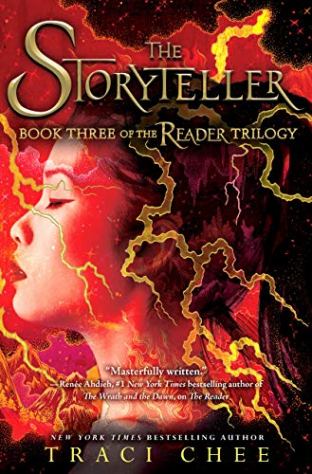 Plot Summary: Both books take on the overarching project of grappling with identity and destiny, and their intersections with language, in a way that speaks to the queer experience on multiple levels.

END_OF_DOCUMENT_TOKEN_TO_BE_REPLACED

Today’s guest blogger is Stephanie Allen. Stephanie (she/her) is a University of Washington MLIS student, a teacher, and a young adult writer. You can find her on Twitter as @stephandrea_.

Plot Summary: After Alice’s girlfriend breaks up with her, her summer plans consist solely of hanging out with her best friends and working her part-time job at the library. What she didn’t plan on was developing a huge crush on her new coworker, Takumi, and she especially didn’t plan on Takumi liking her back. The thing is, the reason Alice’s girlfriend broke up with her is because Alice is asexual. Now, she’s spending her summer worrying about how to tell Takumi she’s ace and if telling him will ruin whatever is going on between them. Alice’s easy summer vacation just got a lot more complicated.

END_OF_DOCUMENT_TOKEN_TO_BE_REPLACED

Plot Summary: Caroline’s mother disappeared over a year ago, leaving Caroline with her father on Water Island, part of the US Virgin Islands—the part tourists don’t see because they don’t want to. Troubled by questions about her self-worth, Caroline is determined to find her mother and get an explanation for her abandonment. The arrival of new girl Kalinda to the Catholic school Caroline attends on St Thomas brings a welcome reprieve from the bullying of classmates and teachers. Caroline is intent on making Kalinda the first friend she’s ever had, only to succeed and discover that her feelings are also romantic. Caroline suspects that she and Kalinda share an ability to see things that no one else can, which might mean that Kalinda is just the person to help her find her mother.

END_OF_DOCUMENT_TOKEN_TO_BE_REPLACED

We’ve probably said this before, but it bears repeating: we LOVE comics and graphic novels, and we love seeing them get due consideration in awards predictions.

So far, Medal on My Mind has covered Cardboard Kingdom, Check, Please! Vol. 1: #Hockey, Moonstruck, Vol. 1, and A Quick and Easy Guide to They/Them Pronouns, and we have a post about The Prince and the Dressmaker still to come.

Here are a handful of others we think are worth keeping an eye on: